Kendra James, Mona Wales & Kenzie Reeves - My New Mommy And Old Mommy Released: February 29, 2020Mona Wales is relaxing on the couch when her step-daughter Kenzie Reeves enters. Kenzie trails a finger coyly along Mona's arm. It's clear that their relationship is VERY intimate. Mona jokes that sex is ALWAYS on Kenzie's mind. Kenzie jokes back, saying that she's 19, of COURSE it is! Mona laughs, but it's obvious that they want each other as they begin kissing, though they're interrupted when Kenzie's phone buzzes. It's Kenzie's ex step-mom, Kendra James, texting about needing somewhere to stay the night. Mona allows it as long as Kendra doesn't find out about their relationship...Later that same day, Kendra arrives and Mona is uncomfortable around her. When Mona leaves the room, it's revealed that Kendra and Kenzie were once involved with each other. However, Kenzie asks Kendra not to tell Mona about their past. Later, Kendra is walking down the hall, slowing with curiosity when she hears a voice. It's Mona gasping. Kendra sees a bedroom door ajar and peeks in, seeing Kenzie eating out Mona. She is startled but keeps herself quiet. Kendra starts to walk away but pauses, unable to resist. She watches Kenzie eat out Mona and masturbates to them. But when Kendra lets out a particularly loud moan, she gets caught masturbating. Mona is upset at first but Kenzie convinces them to have a threesome to take the edge off for everyone. Looks like Kenzie doesn't have to choose between her new mommy and her old mommy...she can have BOTH!Preview: MommysGirl.20.02.29.My.New.Mommy.And.Old.Mommy.XXX.1080p.mp4 Size: 1878 MB | Duration: 45 min | Video: 1920x1080, 5891 kbits/s, 23.98 FPS | Audio: 44100 Hz, ‎191 kbits/sDownload: Watch online: Spare links: 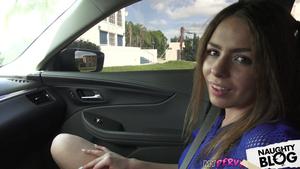 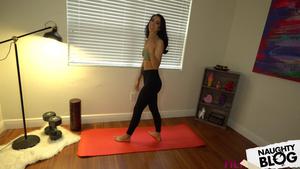